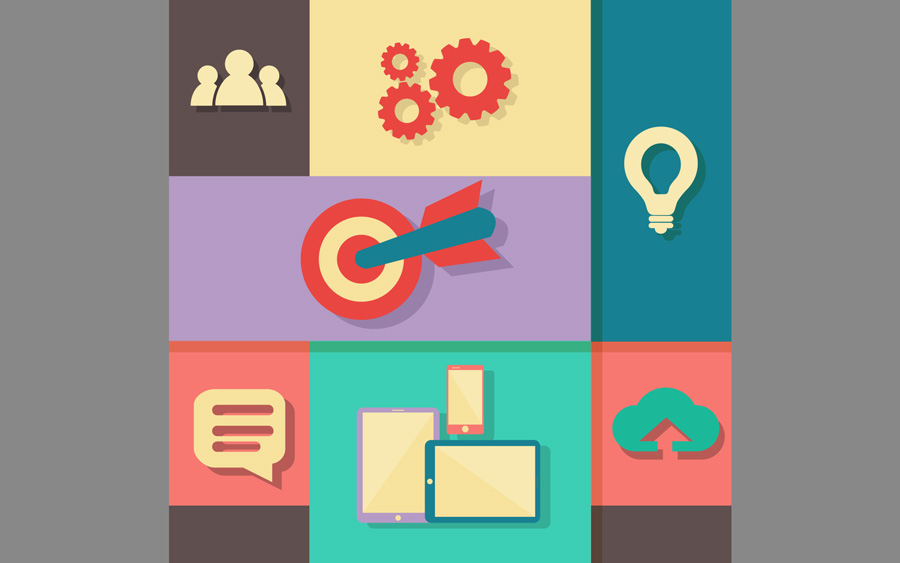 An enterprise resource planning system can be one of the most transformative investments a company makes. By integrating accounting and finance with sales, manufacturing, human resources, and other functions, an ERP system can significantly improve a company’s efficiency and productivity, and help it take growth to the next level. Over the past 20 years, the software has become increasingly powerful and versatile, offered by an ever-changing landscape of providers. Panorama Consulting Solutions, an ERP consultancy, currently lists more than 120 ERP vendors on its website, from ABAS Software to xTuple.

If the software is better than ever, implementing it has remained an expensive, frustrating exercise for many companies. Panorama’s studies reveal a discouraging lack of improvement in completing ERP implementations on time and within budget, while many firms fall well short of realizing the software’s anticipated benefits (see charts below).

Today, the ERP industry seems to be reaching an inflection point, with cloud-based systems posing a growing threat to the established order of on-premise software. Recently, CFO asked Eric Kimberling, founder and managing partner of Denver-based Panorama Consulting, to put the cloud and other significant ERP trends in perspective for chief financial officers. An edited version of the interview follows.

At what point does a company start thinking about implementing an ERP system?
Usually it’s when you start to feel the stress cracks of, say, the QuickBooks system or Excel spreadsheets that you’re using to manage the business. And usually it’s companies in high-growth mode that feel the stress the fastest. You start to realize that you don’t have a handle on what’s actually going on within the organization in terms of inventory management and real-time visibility of the financials and things like that. There’s a tipping point when the management team feels like they can’t grow or scale the company under those circumstances, and they know they need some kind of system that can give them more accurate information, better visibility, more integrated information.

According to Panorama, more and more small and midsize businesses are adopting ERP software systems. What’s driving that trend?
For one thing, there is a plethora of options on the market that are cost-effective and relatively low risk compared to 10 or 20 years ago. A lot of upstarts are providing niche solutions or lower-cost systems that can be adopted relatively quickly. Also, you have companies like Salesforce that have gained a lot of traction by focusing on a narrow niche within ERP, like customer relationship management. Those two factors combined are leading a lot of SMBs to adopt ERP systems.

One of the biggest recent trends in ERP has been the rapid emergence of cloud-based systems. What should CFOs know about the cloud?
The first thing they should know about the cloud is that it isn’t the only option for organizations looking for ERP solutions. There has been a lot of hype around cloud solutions, and the adoption rate is certainly on the rise. But there are still a number of different ways that companies can deploy an ERP system.

There are two approaches to adopting a cloud-based ERP system, right?
Yes. One is the software-as-a-service or SaaS model. Essentially it’s a subscription model where you’re accessing a multi-tenant version of the software, meaning you’re sharing the same version of the software that everyone else is using. Your data is still isolated and protected from other organizations. The other approach is the private-cloud model, where you own the software. You can tailor it to fit your needs, but someone else is hosting the software for you. So it’s a hybrid model.

Cloud ERP is touted as a cheaper alternative to on-premise systems. Is it in fact cheaper?
The short-term costs are generally lower for cloud and SaaS solutions. But when you look at the longer-term costs, you usually find that the break-even point for an on-premise ERP system is somewhere around five and seven years. So you’re going to pay more money up front, but over time you’re probably going to pay less, because you’re not going to have those ongoing subscription costs. You’re only going to be paying for maintenance and the cost of managing your internal infrastructure — which isn’t insignificant, but generally is not as high as the ongoing cost of a SaaS or a cloud solution.

It’s almost like the lease-versus-buy decision when you’re buying a car: It depends on what you want to do. If you’re a small startup, or if you know this is going to be a short-term solution, cloud ERP makes total sense. We’ve consulted with a lot of companies that are owned by private equity firms, and their goal is to implement an ERP system at a low cost because they know they’re going to be sold off to someone else that will probably force them to adopt their ERP system.

For a large multinational corporation that has a robust and sophisticated IT group, it may make more sense to get some of those economies of scale by investing in an on-premise solution. Now, my observations could change over time as the SaaS model and the cloud model continue to evolve. But today, there’s still a very healthy market for on-premise solutions.

Is security an issue with a cloud system?
A lot of people are afraid to pull the trigger on cloud applications because they worry that they’re not going to have control over the security and the actual data itself. But in reality, most cloud providers will provide more security than the average internal IT department does.

So cloud ERP is safer than on-premise software?
It is. You have to think about the business models of the cloud and SaaS providers: If they have even just one breach, their entire business goes away. Not to mention the fact that the cloud and SaaS providers generally have entire teams whose sole responsibility is providing and monitoring security, usually in a more sophisticated way than the average internal IT department provides.

Have there been anybreaches at cloud ERP providers?
I’m not aware of any. I’m sure there have been plenty of attempts, and probably some minor breaches that we don’t hear about.

Two more trends in ERP are consumerization — designing interfaces that resemble social media — and mobility, making the system accessible via smartphones and tablets.
Yes, vendors are spending a lot on user interfaces to make them look and feel more like Facebook or Twitter — not only the visual aspects, but also how you communicate in the system, using features like the Chatter application in Salesforce, for example. So the user-interface aspect is certainly becoming consumerized.

As for access to the ERP system anywhere through smartphones and tablets, that doesn’t get a lot of attention, but it’s something that more and more people want, especially employees and executives who aren’t tethered to their PCs at the office but are working remotely a lot of the time.

ERP systems have incorporated more and more functionality over the years. What functions do they still lack?
Enterprise performance management is one. Another is point-of-sale, even though that’s not a sophisticated system per se — every retailer has some form of it. But the integration with ERP is inconsistent at best. Also, few vendors have cracked the code on demand planning and forecasting. Business intelligence is still an area that some vendors are struggling with. Those are just a few examples.

Customization is still seen as a dirty word by many CFOs and CIOs, but you recently predicted that customizing ERP will become mainstream practice.
Our research shows that roughly 9 out of 10 organizations customize their software to some degree. That’s not to say that customization is a good thing and you should just embrace it, but no ERP system is going to meet every need of an organization. So it’s a matter of cherry-picking areas that are the high-value core competencies of your organization where maybe it does make sense to customize — without going too far down that slippery slope.

Let’s talk about ERP implementation. In 2014, according to Panorama, 55% of ERP projects exceeded their budgets, 75% ran over schedule, and 41% delivered half or less of the anticipated benefits. Many CFOs would find these numbers daunting.
Not only are those numbers daunting to many people, but the bad news is they haven’t improved much over the past five years. But the good news is that organizations can avoid being on the negative side of those statistics if they manage their projects effectively. And the first and foremost thing they need to do is just have realistic expectations from the start. Where companies go sideways in their implementations is when they have completely unrealistic expectations, either because they don’t have the experience of implementing ERP, or because they are relying too much on what a sales rep is telling them regarding the duration and the cost.

Before going down the path of trying to figure out whether you need a single ERP system or best-of-breed, an on-premise solution or a SaaS solution, it’s better to back up and look at the overall objectives of the company — to make sure that what you’re trying to accomplish with an ERP system is clearly defined. Then you can make the technical decisions through the lens of what you’re trying to do strategically, rather than, say, just adopting SaaS for SaaS’ sake, because you’ve heard all the hype and you decide that it’s the way to go.

Given that the ERP landscape is so complex and changing so quickly, companies should be more strategic and really think through their options. Too many companies just want to rush ahead and make a quick decision. The more time you invest up front in thinking things through, evaluating the software, and planning the implementation, the better off you will be downstream.